While Evelyn, Terry and I met privately, I sent Jake off to write a short story for me to later evaluate his writing skills.

Settling into the club chair facing Jake’s parents, I noted the tension in their body language. Evelyn sat at one end of the living room sofa with a decorative throw pillow clutched to her abdomen, and Terry sat at the other end with his arms locked tightly across his chest.

I smiled reassuringly at both of them, but before I said a word, Terry asked, “So can you save our marriage?” And Evelyn’s eyes welled with tears.

The mood was familiar and the question was not new to me. Often parental stress of dealing with their children’s academic challenges can lead to martial strife. I let them know they were not alone and with proper tools in place Jake would be successful. The anxiety level visibly deflated, and the door opened to a practical discussion.

Yes, Jake was struggling with incomplete assignments, poor test grades, low self-esteem and a rebellious attitude. Every day a new building block was added to the leaning tower of failure, not only for Jake but his parents who believed in quite different strategies in dealing with the growing family angst.

Evelyn began checking the school’s online progress report daily. Confronting Jake every day when she returned from work about the latest report of a poor grade or missing assignment. Terry threatened, “No summer camp,” if Jake didn’t end his lying and bring all his grades up to at least B’s. They both saw the ineffectiveness of their behaviors and welcomed advice. Terry  jokingly asked if they could just pass their son over to me and have him returned him after he was “fixed”.

That not being an option, I asked my usual questions regarding schedules, homework time, extra curricular activities, and family time. I learned Jake currently was a member of an indoor soccer team and played on two different basketball leagues, both of which his dad coached. I try to remain nonjudgmental, especially when listening to parents proudly espouse their child’s talents. But I was obviously unable to hide my alarm, and Terry grew defensive. These teams were of utmost importance to him. Jake excelled at sports. His success made Terry a proud  dad and no doubt added to Jake’s self-esteem which clearly was needed.

But so was a balance. Homework time was definitely limited and family time had all but disappeared. With Jake’s permission I shared his answer to my question, if you could have one wish: “A family dinner together at least once a week.”

After a short wide-eyed pause by each of them, I nodded as Evelyn and Terry were interrupting each other with excuses. Work schedules, business meetings, sports practices, picky eaters, orthodontist appointments, speech therapy, math tutor… And their one wish: To have a simpler life like when they grew up. Less schedules and more family time.

I summarized our discussion and closed listing three ultimate goals: Jake’s academic success (not to be defined by all B’s), a more comfortable schedule for all and regular weekly family time. They nodded in agreement, but eyed each other with disbelief. Then I laid out the initial steps of my plan.

There was some grumbling over the cut in sports and even the weekly dinner, but I held firm to these requirements if they wanted to work with me. I would send a full evaluation and agreement later in the week for them to review. And I encouraged them to carefully think about the commitment, discuss it between themselves and with Jake before each of them signed the agreement.

There are many academic coaches in the area to choose from. It’s a buyers market. And it’s most important that you choose one you and your child can comfortably work with.

While visiting the LBJ Memorial Library in Austin, Texas, I became keenly aware of the role Mama Johnson played in her […] 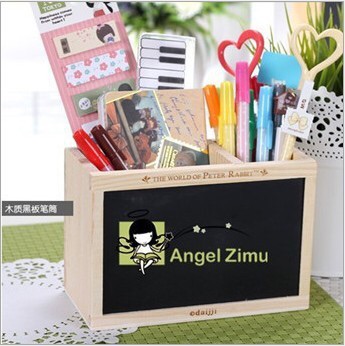 There are numerous areas in the home where homework can be completed, but the most successful spaces are where students can remain […]

Evelyn the mother of four boys sat hunched over a throw pillow on her living room sofa. Tears filled her eyes. Terry, her husband, sat at the far end of the sofa with his arms locked tightly across his chest. I had just finished meeting with their son Jake, the identifiable cause leading to the call for my help.

I know it’s hard to break old habits, and it takes time to build new ones, but no more excuses. Just admit you didn’t do it, and do better next time.